What is the Ubuntu Flavor? 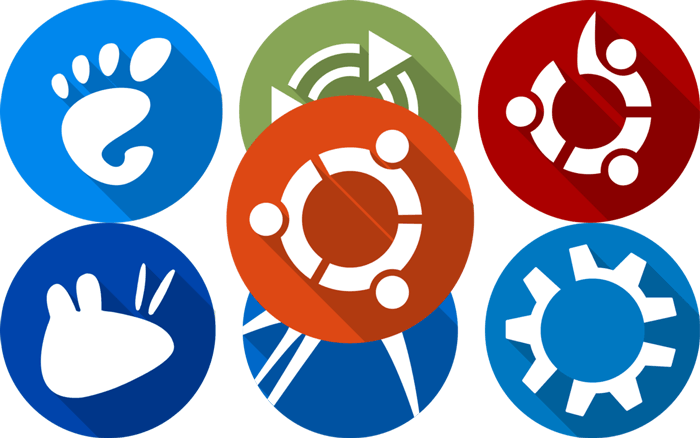 In terms of hardware and software compatibility, there are no significant differences between these flavors.
Almost any application which works in one flavor also works in other flavors.
These flavors are different from each other in the term of customization.
Customization mainly involves desktop environment and specific requirements.

Let’s understand both in detail.

Desktop environment is the group of programs that runs on operating system and provides a Graphic User Interface (GUI) to access the system. 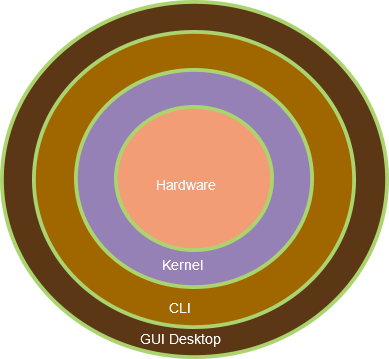 Desktop environment is also known as the desktop shell. GNOME is the default desktop shell in Ubuntu. Besides GNOME, several other desktops are also available such as Unity, KDE, MATE, XFCE, etc.

There are two ways to use different desktop shell; either installs it along with the existing shell or use a different flavor of Ubuntu which uses the desired desktop shell by default.

A desktop environment typically contains several elements such as icons, windows, toolbars, folders, wallpapers, desktop widgets, etc. Because of this, even Ubuntu supports, yet installing and using multiple desktops in a single system is not recommended.

If you want to use to a desktop other than default, use the flavor of Ubuntu which uses it by default. Using a dedicated flavor not only provides great user experience but also allows us to use several desktop specific applications.

Anyone is allowed to build his or her own clone of Ubuntu with custom settings, tweaks, added extra applications and so on. So if you are an experienced user, you can customize Ubuntu on your own to meet with your specific requirements.

In this tutorial, instead of discussing how to customize the original Ubuntu, we will discuss already customized versions of Ubuntu.

The default Ubuntu arrives in two editions Ubuntu Desktop and Ubuntu Server. Let’s understand the differences and similarities between these two versions.

In version 11.04, Ubuntu changed its default desktop to Unity from GNOME 2. Many users, who were passionate about GNOME 2, did not like this change. A community of such people, made a new flavor known as Ubuntu MATE. In this flavor they used GNOME 2 as default desktop. In nutshell, MATE was the reincarnation of the classic GNOME 2 desktop.

Later Ubuntu team members decided to use GNOME back as default. But instead of using the classic version (GNOME 2) they decided to build a brand new version of GNOME. They also decided to use the Unity as default until the development of new GNOME is not finished.

Since GNOME was going to be the default desktop again in Ubuntu, the community who made the Ubuntu MATE, renamed everything in their customized version so it could coexist with newer version of GNOME.

As explained earlier, starting from version 18.04, GNOME 3 is the default desktop in Ubuntu. If you love classic GNOME 2 for its clean and logical desktop layout and robust performance, use this flavor. If you want to experience a brand new GNOME 3, use default Ubuntu.

The Kubuntu uses KDE Plasma desktop by default. Kubuntu was first released in 2005. After default Ubuntu, Kubuntu is the second most popular flavor of Ubuntu. In this flavor, applications’ names usually start with letter ‘k’.

Kubuntu not only provides the desktop environment which look likes the Windows’s desktop but also uses a start button and task bar just like the Windows. Same as Windows, task bar is aligned in bottom and start button is placed in left corner of task bar.

Kubuntu provides the highest level of customization. You can customize hundreds of setting, add and install new desktop widgets (known as plasmoids), change the look and feel of desktop, customize tool bar and so on.

The only downside of Kubuntu is that it provides customization at the cost of system resources.

If you are a Windows user and looking a Linux alternative to Windows, this is the perfect match. Use this flavor, if you have a modern system or need superior GUI experience. Since this flavor uses a lot of system resource, it is not recommended to install and use it in an older system or in a system which has less memory and CPU.

In order to reduce the usages of system resources, a lot of customization is done in this flavor. For example, PCManFM is used for file manager, SDDM is used for login greeter, Leafpad is used for text editor. Just like these, several other heavy applications are replaced by lightweight applications.

If are looking for a flavor which is not only lightweight but also optimized for fast performance, this is the right choice. This is also a recommended flavor, if you have a system which has less memory and CPU.

Xubuntu is also a lightweight flavor of Ubuntu. Xubuntu stands just above the Lubuntu in lightweight. This flavor uses XFCE desktop as default. XFCE is a clean and uncluttered desktop that is optimized for performance and usability.

If you have to select one from Xubuntu and Lubuntu, select Xubuntu. Xubuntu offers almost all features which Lubuntu provides. Xubuntu is older and more stable than the Lubuntu.

In lightweight it stands above the Xubuntu. Unlike Xubuntu and Lubuntu, Ubuntu Budgie is a new flavor. It uses a balanced approach between lightweight and appearance.

If you are looking for a flavor, which is not only fresh and sophisticated but also consumes less system resources, this is for you.

This flavor is customized for schools and universities. It uses the same desktop environment which default flavor of Ubuntu uses. However it includes several custom applications which are specially designed for educational purpose. Blinken memory game, Chemtool for scheming chemical formulas, Fritzing emulator for building electronic circuits, Calibre books manager are few examples of these applications.

Since this flavor contains a lot of applications, its installation image is quite large. It also consumes a lot of disk space. In order to save the disk space, you can customize the default selection of packages. Edubuntu installer allows us to select the applications for target audiences (such as preschool, graduate and post graduate) and course levels (such as primary, secondary and tertiary).

This flavor is no longer supported by Ubuntu. The last supported official release was 14.04.

Installing and setting up MythTV in default Ubuntu require a lot of customization. We have to download and install several packages. In addition, we have to update related configuration files. Only a professional or an experienced user can do this.

If you are a media professional or looking for a free and open source platform for multimedia related works, this is the perfect choice.

This is the Chinese version of Ubuntu. It is customized by the IT (Information Technology) department of China for the Chinese people. The difference between this flavor and default flavor is that this flavor is localized in Chinese language for Chinese market. This flavor is also released under the GPL license. It means, you can install and use it even if you are not a Chinese.

Unless you know the Chinese language, use the default flavor of Ubuntu. In terms of hardware and software support both are same. The only difference between them is the localization.

That’s all for this tutorial.
In this tutorial we learned the different flavors of Ubuntu. If you like this tutorial, please don’t forget to share it with friends through your favorite social channel.