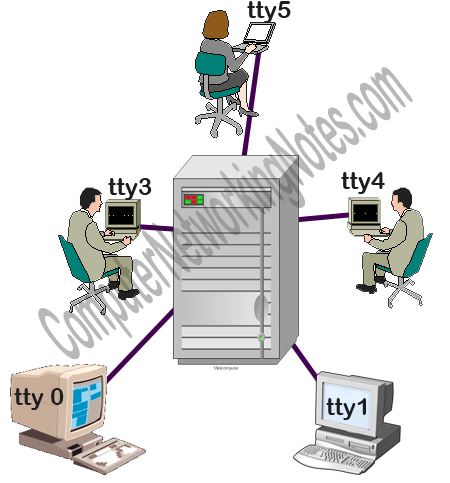 A device known as terminal which contains only few parts and a monitor with integrated keyboard is used to access the mainframe computer. The earliest terminals were also known as teletypes (abbreviated TTY). 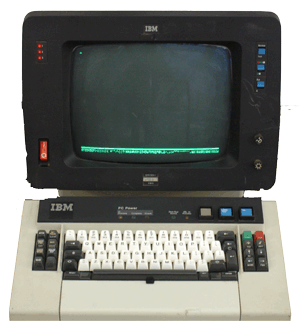 Since a terminal directly communicates with system at low level on dedicated serial console port, it does not need any special service, software or application to run. When you booted up the terminal, you would see a login prompt called Linux console on monitor.

In terminal, Linux console is the only place where you can enter commands for system. Linux operating system installed in mainframe computer emulates each console as a separate system with a separate login session.

Since PCs have all necessary resource for operating system, instead of connecting those with mainframe computer companies preferred to install an individual operating system in each PC. Gradually terminals became outdated and replaced by PCs. 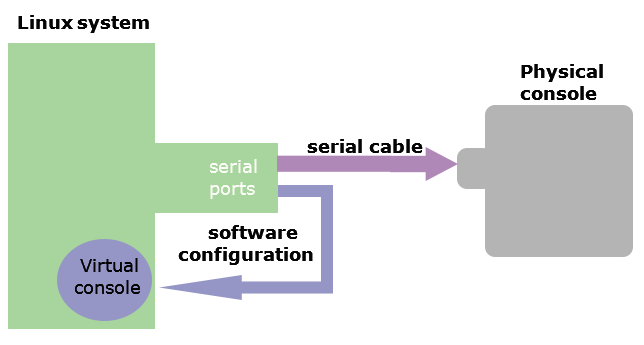 Virtual console: – An application that simulates a physical terminal device in software and connects it with Linux system on serial port through software configuration virtually.

Physical terminal device: – A physical device that consisted of nothing more than a monitor and keyboard attached to it. It uses all resources such as CPU, RAM and Hard disk from server system.

Whether you install GUI or not, in virtual consoles always CLI environment is installed. As they simulate the physical terminals which were designed only to access the CLI environment.

Difference between virtual console and terminal

Virtual consoles can be accessed by holding the Ctrl and Alt keys and pressing a function key between F1 and F6. Let’s take an example. 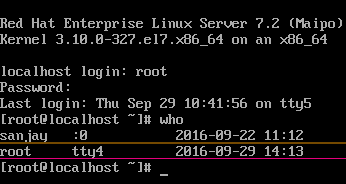 The who command lists the currently logged in users along with the console number where they are logged in.

When you are finished, you can use exit command to logout from virtual console.

You can cycle through virtual consoles using the Crtl+Alt+F1 to F7 keys. Switching does not terminate the active login session.
Each virtual console is independent and separate.

That’s all for this tutorial. If you like tutorial, please don’t forget to share it through your favorite social channel.