Historically, Linux used to add new users in a group that represents their general category such as administrators, students, sales, developer, etc. To enhance the file system security, this convention was later replaced by a more secure convention. In new convention, new user is added in its own personal group. Let’s understand it in more detail.

In classic convention, since multiple users belong to same group, the group members automatically get group permission on each other’s files. For example, there are three users in students group; John, Sandy and Carla. Default group permission is read. Now let’s suppose, user John creates a new file. Since the user Sandy and Carla belong to John’s group, they automatically get read permission on John’s file. Form security’s point of view, this default behavior is not good. So, later it was replaced by a new convention. 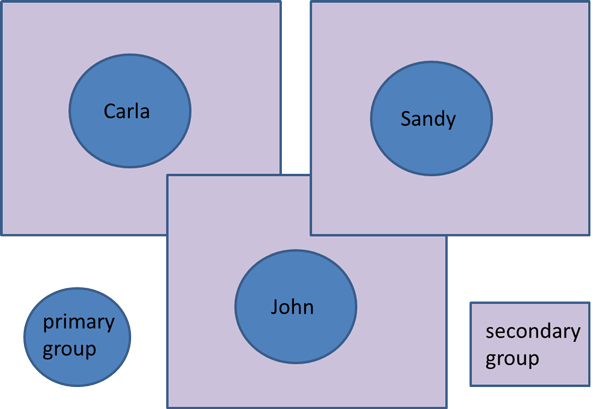 This tutorial is the sixth part of the tutorial “Linux user and group management step by step explained with practical examples”. The other parts of this tutorial are following: –

Types of Users in Linux Explained with Accounts

This tutorial is the first part of the article. It explains what a user account is and how it is managed in the Linux system.

This tutorial is the second part of article. It explains the /etc/passwd file and how it is formatted in detail.

This tutorial is the third part of article. It explains the /etc/shadow file and how it is formatted in detail.

This tutorial is the fourth part of the article. It explains how to create users in Linux at command prompt step by step.

This tutorial is the fifth part of the article. It explains how to modify user’s attributes with 15+ practical examples.

Let’s understand each operation in detail with examples.

Replace groupname with your group name. For example to create a new group named rhcestudent, use following command: –

By default Linux picks the next available GID in sequence. For example, if currently used GID is 1000 then new group will get GID 1001.
To use a custom GID, we have to specify it with –g option. For example, following command will create a new group named rhcegroup with GID 5000.

Verifying the creation of group 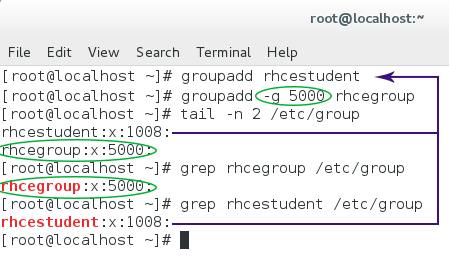 To change the group name, use following command: –

Just like group name, we can also change GID of group. To change it, use following command: –

For example, following command changes GID of the group rhcegroup to 7000.

To delete a group, use following command: – 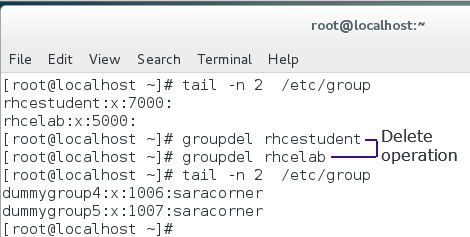 That’s all this part. In next part, we will learn how to manage user’s password. If you like this tutorial, please don’t forget to share it through you favorite social platform.