This tutorial explains the basic Linux commands for beginners with practical examples. Learn the essential commands of the Linux and their usages in details.

The pwd command prints the absolute path of the current working directory. This command does not accept any argument.

This command also allows us to create a hierarchy of sub-directories. To create multiple directories in hierarchy, use option -p with this command.

The cd command changes current working directory to the specified directory. To specify the target directory, we can use both types of pathname; absolute path name and relative path name. 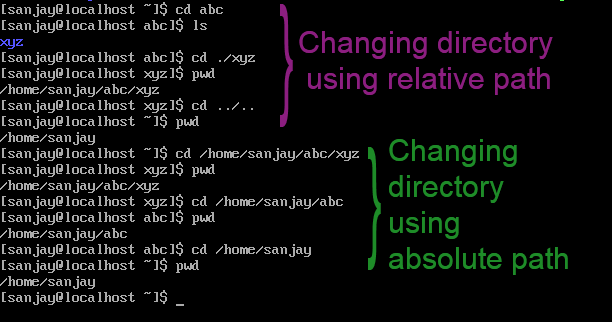 The touch command creates an empty file. Like the mkdir command, to create a new file, this command also requires the name and location of the file. If the specified file already exists at the specified location, it updates the time stamp of that file.

This command performs three tasks; create a new file, append contents in an existing file and print the contents of the file.
Which task it performs, is depend on how the file name is supplied.

To create a new file or append an existing file, specify its name with this command after typing the
sign > and >> respectively and hit the entry key. Type the contents that you want to store in the new
file or append in the existing file. When you are done, press ctrl+d keys to save to the file. 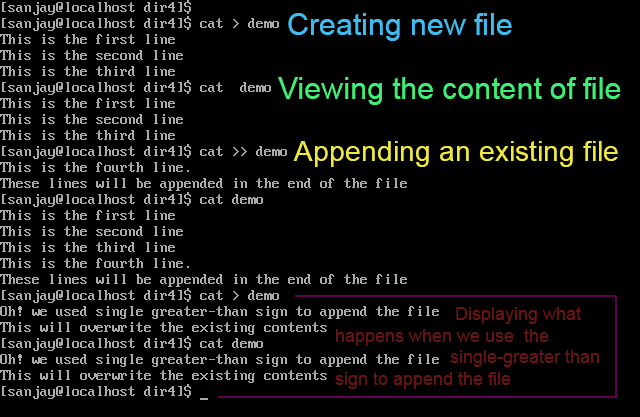 The more command displays the contents of the specified file. If contents are more than the screen size, it displays only the contents those can fit in screen. To display the next contents, we have to press the Enter key. It provides scroll facility only in down direction. 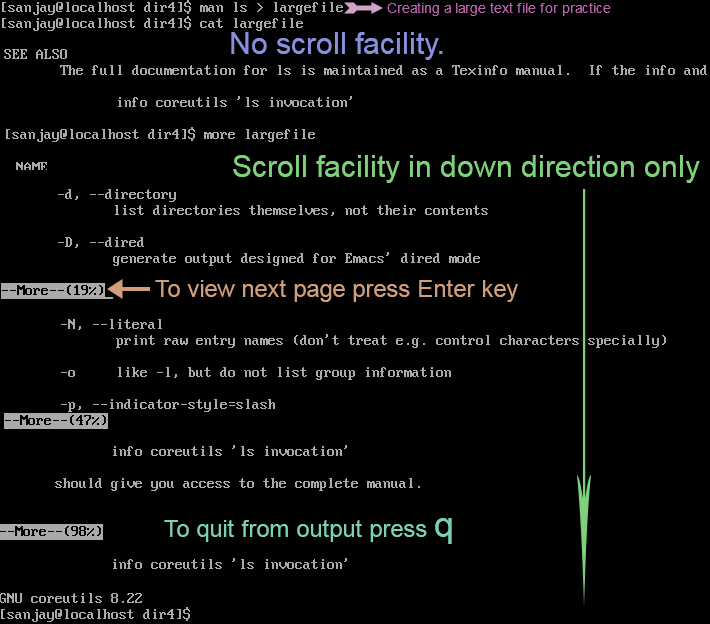 The less command also displays the contents of the specified file. This command provides scroll facility in both directions. Up and down arrow keys are used to scroll in the up direction and in the down direction respectively. 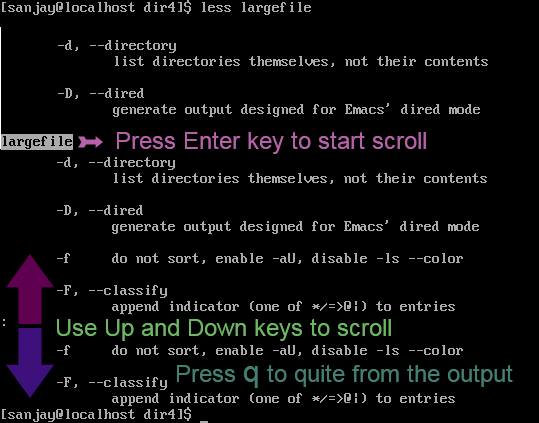 Similarities and differences between the cat command, more command and the less command

The tail command works the same way as the head command works, except it prints the specified number of lines from the bottom of the file. 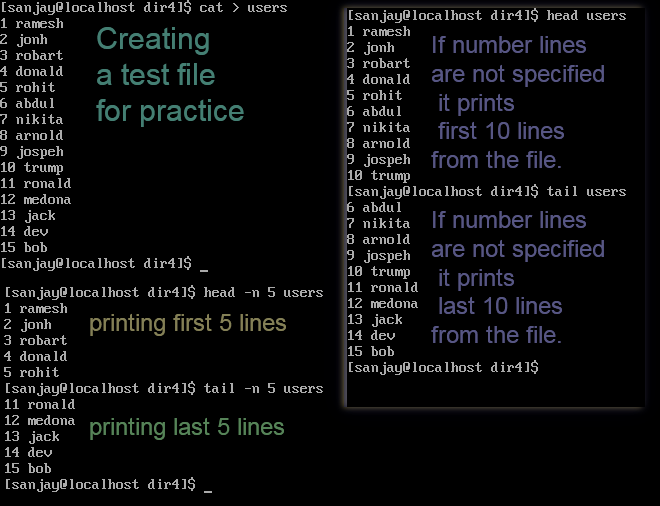 Similarities and differences between the head command and the tail command

The wc command counts the lines, words and characters from the specified file.
It always displays the counted number in the sequence; Lines, Words and Characters.

The rmdir command deletes an empty directory. If directory is not empty, this command does not delete it. 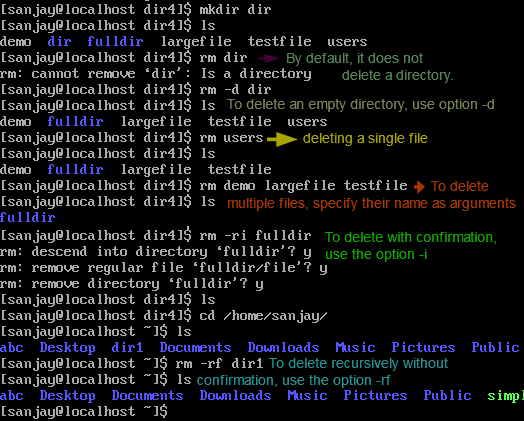 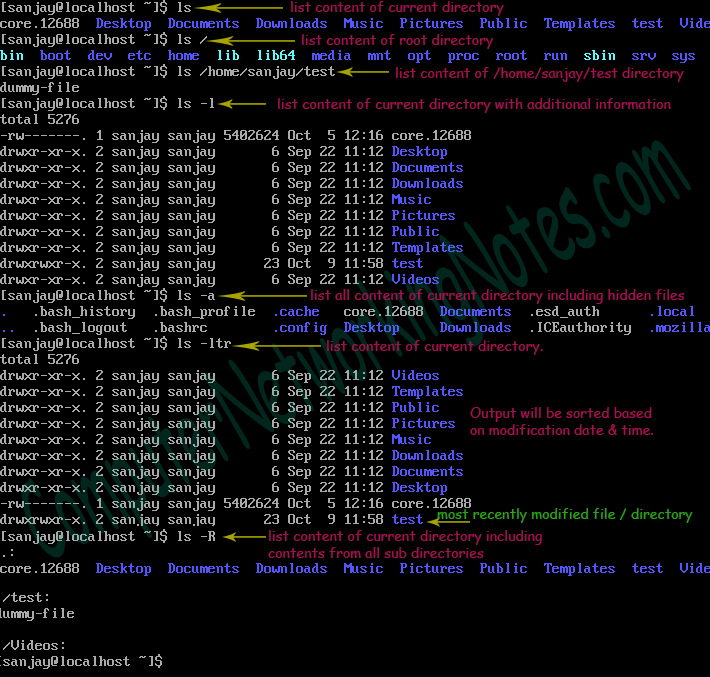 That’s all for this tutorial. If you like this tutorial, please don’t forget to share it with friends through your favorite social network.